It was all hands on deck last week to make HTEC’s new offices (we moved in May) ready to host Canada’s Minister of Innovation, Science and Economic Development, the Honourable Navdeep Bains.

Minister Bains (who’s also Minister responsible for Western Economic Diversification Canada (WD)), chose HTEC as the location to announce investments through WD’s Business Scale Up and Productivity (BSP) program. Seventeen BC companies – including HTEC – will receive up to $39 million in interest-free, repayable funding for projects across a broad spectrum of industries.

As you know, we work with our customers to ensure they get hydrogen, how, when and where they want it. That can mean building fueling stations—like we’re doing in BC, Quebec, and California—but it also means developing technologies and fuel-supply solutions to produce and distribute hydrogen for other applications.

One area we’re focused on is reducing the cost and complexity of hydrogen distribution. Under the WD investment, HTEC will receive $875,000 to refine our existing distribution module technology – we call it the PowerCube – to support heavy-duty transportation projects we’ve recently secured in Edmonton and at the Port of Los Angeles.

Our PowerCube product can deliver high-pressure hydrogen in larger volumes than more conventional distribution systems like tube trailers. This means the PowerCube can be used to deliver hydrogen to retail stations or, it can act as a stand-alone fueling solution in heavy-duty transportation applications, like those mentioned in Alberta and California

Minister Bains was joined at the announcement by Terry Beech, our local Member of Parliament for Burnaby North – Seymour and the Parliamentary Secretary to the Minister of Transport, North Vancouver City Councillor, Don Bell, and representatives from almost all of the other companies receiving WD funding. 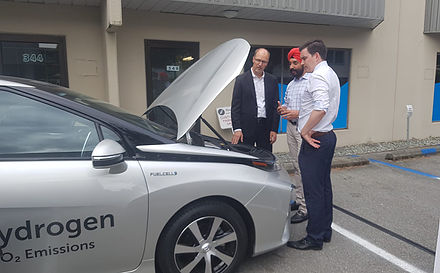 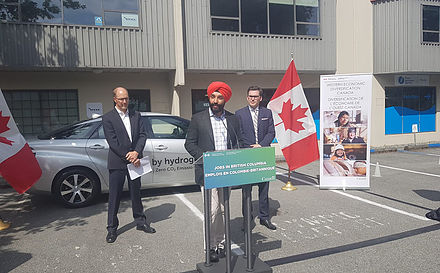 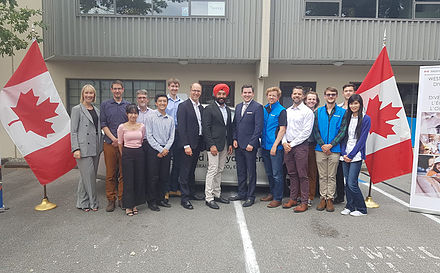 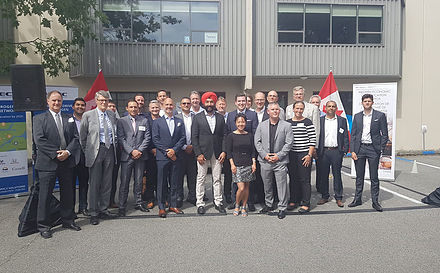